Welcome to The National Eye

This is an important time in the history of our nation: the Unites States of America stands at a crossroads. 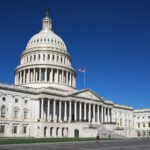 Where have all the Blue Dog Democrats gone? In 1995, a coalition of Democrats was formed to counter the Democrat party’s shift to the left, a shift which helped give the Republicans control of Congress after the 1994 election.  This coalition came to be known as the “Blue … END_OF_DOCUMENT_TOKEN_TO_BE_REPLACED

How did we, as Americans, let our government and elected officials get so out of control. One could argue that based upon the election and composure of the House, the Senate, the Presidency and even the Governorships, the country is pretty much divided down the middle between … END_OF_DOCUMENT_TOKEN_TO_BE_REPLACED 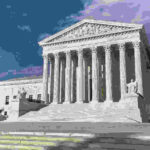 There is an opening on the Supreme Court.  A divisive battle is brewing and the rhetoric is heating up.  Democrats and Republicans each have their reasons why a nomination should or should not be made to fill the seat.  Each say that unless their position is taken, … END_OF_DOCUMENT_TOKEN_TO_BE_REPLACED

Ronald Reagan - A Man of Faith